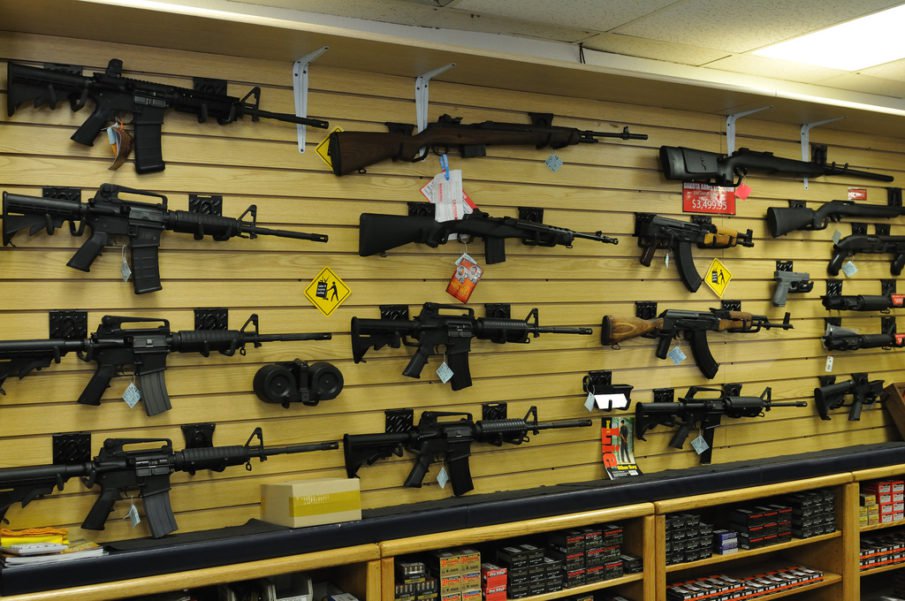 U.S. Rep. David N. Cicilline, a Democrat out of Rhode Island, along with 164 co-sponsors from his party, introduced new legislation in Congress on Monday that would not only bring back the federal “assault weapon” ban that expired in September of 2004, but would also dramatically increase the ban’s scope.

Assault weapons were made for one purpose. They are designed to kill as many people as possible in a short amount of time. They do not belong in our communities,” said Cicilline in an official statement. “I am proud to introduce the Assault Weapons Ban with the support of leaders in law enforcement. It’s on all of us to end this carnage.”

There are currently 193 serving Democrats in the United States Congress, and 165 of them are listed on the bill as co-sponsors. Although the exact details of the legislation have not yet been released, Cicilline outlined the primary changes being called for, which include the prohibition of sale, transfer, production, and importation of all semi-automatic rifles and pistols “with a military-style feature that can accept a detachable magazine,” any semi-automatic rifles that can hold more than ten rounds, semi-automatic shotguns with “military-style” features, and also ammunition feeding devices that can be used in place of magazines that hold more than ten rounds.

Today I joined @RepCicilline and 150+ of my colleagues to introduce the assault weapons ban. It’s time for Congress to listen to the will of a majority of Americans and pass sensible legislation to get these weapons of war off our streets. #NeverAgain#MSDStrong

Additionally, 205 specifically named firearms would be added to the banned list. If passed, this legislation would represent the most dramatic shift in firearm regulation the United States has ever seen, though it seems exceedingly unlikely that it could. Despite the laundry list of co-sponsors, the Republican Party still retains the majority in Congress. The bill, then, may be a more symbolic gesture by House Democrats, than an effective effort to curb crime.

The 1994 assault weapons ban was effective until it expired in 2004. During the time it was in effect, police agencies saw decreases in criminals’ use of assault weapons.” Chuck Wexler, Executive Director of the Police Executive Research Forum was quoted as saying inCicilline’s press release.

“These favorable trends reversed when the ban expired. Assault weapons have been used in Parkland, in Las Vegas, in Orlando, in Sutherland Springs, in San Bernardino, and in many other mass shootings. Congress must act now to reduce the death toll.”

Of course, many refute that claim, citing FBI violent crime statistics that showed a negligible change in violent crimes during the ten year period of the previous ban, as well as ongoing statistics that show pistols are far more likely to be involved in the commission of a crime. That said, this new legislation would also limit the magazine capacity of most pistols, if not outright barring them all together.

When an assault weapon or a high-capacity magazine is used in a shooting, the number of victims who are killed increases by 63%. There have been almost 8,300 incidents of gun violence so far in 2018. More than 2,200 Americans have lost their lives. More than 500 children have been killed or injured.” Cicilline claimed in his statement, though he did not mention where he received this data.

It seems likely, however, that his numbers come from organizations like GunViolenceArchive.org, which also claims that there have been more than 8,500 incidents of “gun violence in the United States,” though a quick perusal of their cited instances changes the context of the claim. That figure includes, accidents, suicides, and one type of shooting of particular note: legally justified self defense: such as residents shooting home invaders, like this incident (included in the tally) that took place in Louisiana on Sunday.

It seems likely that little will come of this proposed legislation, though it’s broad stroke approach to attempting to ban or further restrict most firearms in the country could potentially have a negative effect on mid-term elections for the Democrats. Many in America have voiced support for new gun legislation, but the severity of the legislation will likely further mobilize conservative voters. Even those Republicans who have voiced support for increased gun control legislation will almost certainly see this bill as too extreme to back.

The bill would need 218 votes to pass the House, meaning that even if every Democrat voted in favor of it, Cicilline and company would still need to convince 25 Republicans to vote for the new restrictions before this bill could reach the Senate floor for another vote.

It would seem then, that this legislation may be nothing more than a bit of political theater intended to bolster support within the Democratic constituency, rather than a legitimate effort to find an effective means to reduce gun violence in the United States.