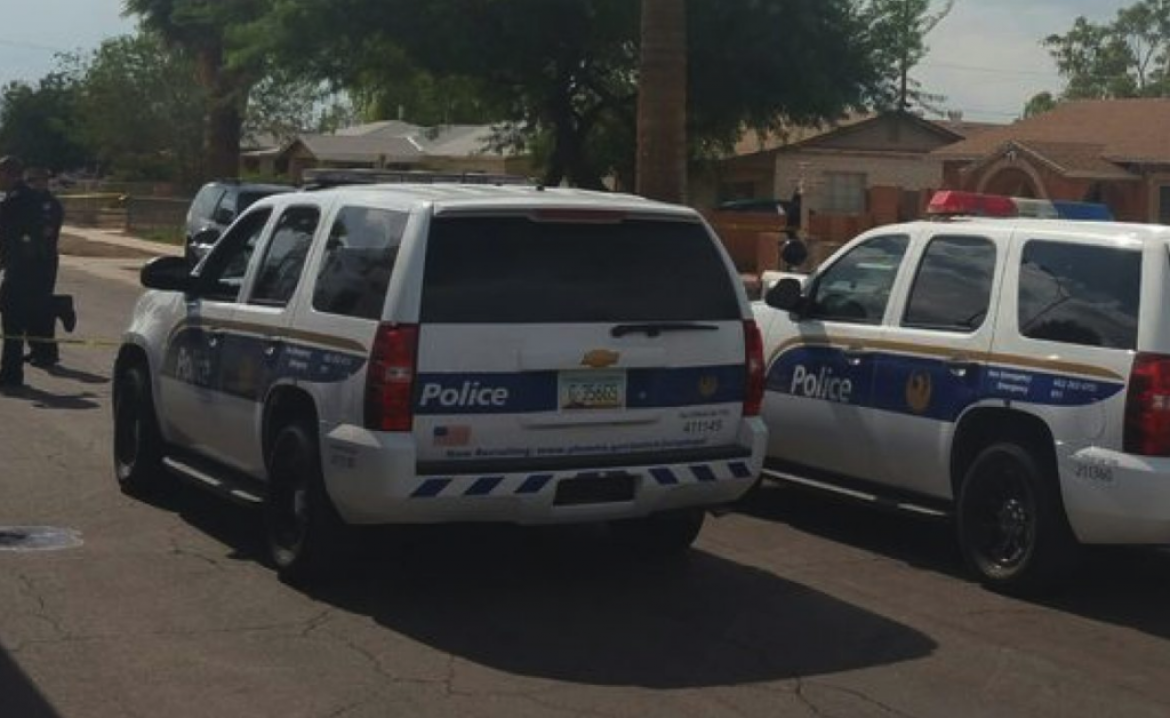 One man is dead Wednesday after an attempted home invasion in the 300 block of West Riverside Street.

One man is dead Wednesday following a shootout during an attempted home invasion near Seventh Avenue and Broadway Road in Phoenix.

According to Phoenix police, a pair of cars carrying several people pulled up to a residence in the 300 block of West Riverside Street about 2:20 p.m. At least one of the passengers in the vehicle was armed when they left the vehicles.

Police said a woman outside the residence was assaulted before the people broke into the home.

Inside, the invaders and one of the residents exchanged gunfire, and police said one of the intruders was shot. As many as six people were inside the home when the attack occurred.

The intruder who was shot was in critical condition when police arrived. He was pronounced dead at a hospital.

Police said they recovered two guns from the residence.

Check back with azcentral.com for more details.