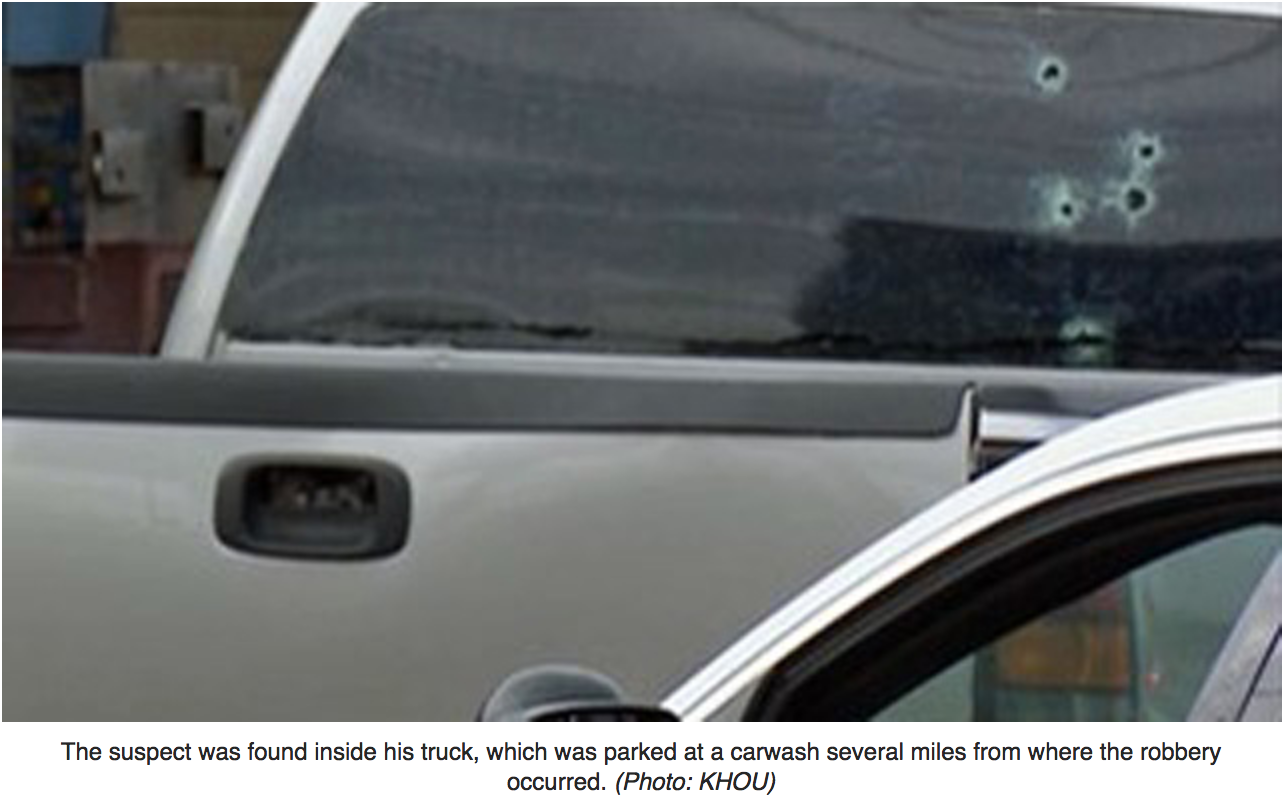 An attempted robbery outside of a Houston residence early Monday morning left the suspect dead when the intended target fought back and the neighborhood in fear of what some say is constant crime in the area.

The victim, a 78-year-old man whose identity was not released, was uninjured, while the deceased suspect could not immediately be identified, according to a news release from the Houston Police Department.

Authorities say the homeowner walked out into his yard around 5:30 in the morning, as he typically does each morning, but soon thereafter, the suspect pulled up in a truck, produced a gun and demanded the man’s money.

The victim handed over his wallet, but also produced a gun of his own and opened fire on the suspect.

None of the neighborhood residents wanted to be identified, but several told reporters they heard at least four gunshots, along with voices, commotion, and the sound of a car door closing followed by a vehicle leaving.

The injured suspect fled from the scene in a silver pickup truck, which was found a short time later at a carwash a few miles away from where the robbery occurred. The driver was found suffering from multiple gunshot wounds and police quickly realized the two scenes were connected.

The suspect was transported to a local hospital where he was pronounced dead. His identity was not immediately known and authorities said they would be using the Harris County Institute of Forensic Sciences to help identify the man.

The robbery victim did not wish to talk with reporters, but his son said he is upset over the ordeal. He said his father did not wish to take another man’s life, but he felt he had no choice when the suspect held a gun to his head.

Neighbors talked highly of the victim, who owns several rental properties in the area. One tenant said they depend on him a lot, that he’s a hard worker who does many repairs to his rental properties.

One resident said crime in the area, especially the stealing, never stops.

No charges have been filed against the victim at this point, but ultimately that decision will come from a grand jury once the investigation is completed.