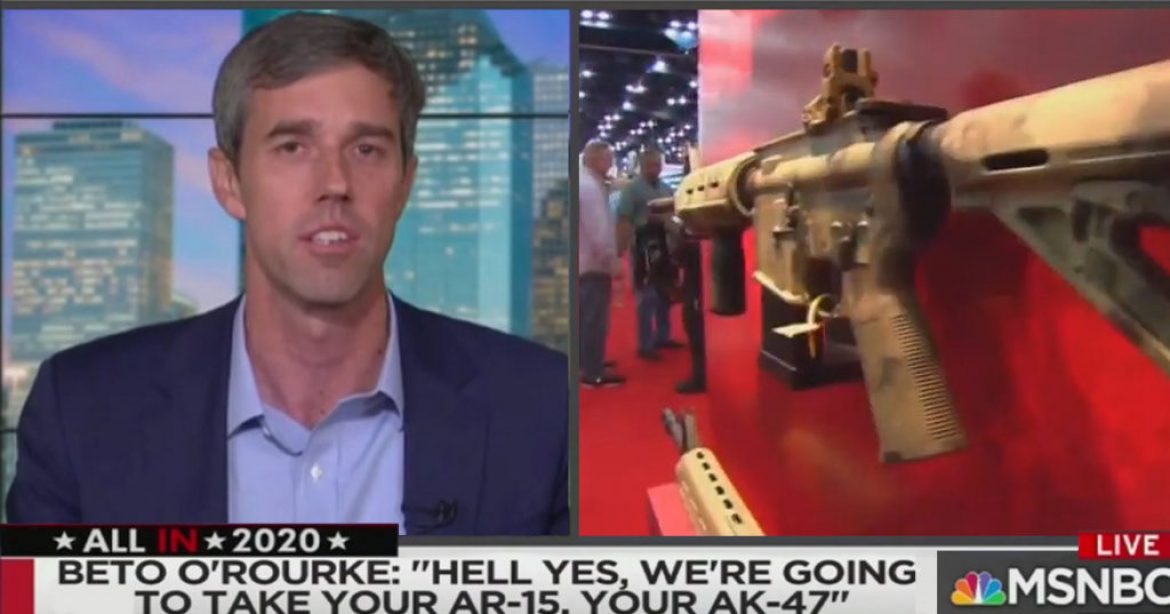 Democratic presidential candidate and gun control activist Beto O’Rourke is the “national AR-15 salesman of the year,” according to the National Rifle Association (NRA).

© Getty/Win McNamee Gun control has been an important focus of O’Rourke’s campaign.

O’Rourke stirred up controversy at the third Democratic presidential debate earlier this month, when he indicated he would enthusiastically favor government confiscation of assault weapons after banning them.

“Hell yes, we’re going to take your AR-15, your AK-47, we’re not going to allow it to be used on fellow Americans anymore,” he said at the debate. The former congressman later clarified that gun owners would only be “compelled” to hand in their guns as a last resort, with lawful gun owners being offered compensation to turn them in voluntarily, something he thinks most would do in the event of such a law.

The NRA tweeted their proclamation, with the additional comment “possibly even of the year…” on Thursday morning. In contrast to the views held by O’Rourke, the NRA has consistently opposed a majority of proposed gun control measures, including bans on assault weapons.

Semi-automatic assault rifles like the AR-15 appear to be the weapon of choice in mass shootings. Recent polls suggest that public support for the NRA has been waning, apparently in the wake of recent shootings.

O’Rourke’s recent comments do seem to have pushed buttons with some gun owners. In at least one case, his comments seem to have inspired increased sales of the weapon. Alpha Dog Firearms, a gun store in Tempe, Arizona, made news this week by offering what it called “The Beto Special.” The guns were sold at a discount and sold out within four hours.

Matt Boggs, the owner of the store, claimed he “wasn’t intending to make a political statement” while appearing on the Fox News show Fox & Friends Thursday morning. “I said, maybe I’ll sell 20 rifles and see what happens. We’re a really small store, so just the attention we’ve gotten from this whole thing and the positive response has been amazing,” Boggs said on the program.

O’Rourke retweeted the NRA’s proclamation, along with a comment pointing out that gun manufacturer Colt announced on Thursday it would halt production of the AR-15 for civilian sales. While that might seem like encouraging news for gun control advocates, the manufacturer said that the decision was due to an oversaturation of the market, rather than a concern for public safety. Several other manufacturers continue to produce the popular weapon.

A Federal assault weapons ban was signed into law by President Bill Clinton on September 13, 1994. It expired 10 years later, and repeated attempts to renew the ban have been unsuccessful in the years since. It remains a key component of the larger contentious gun debate, and is likely to factor into next year’s presidential election regardless of who wins the Democratic nomination.