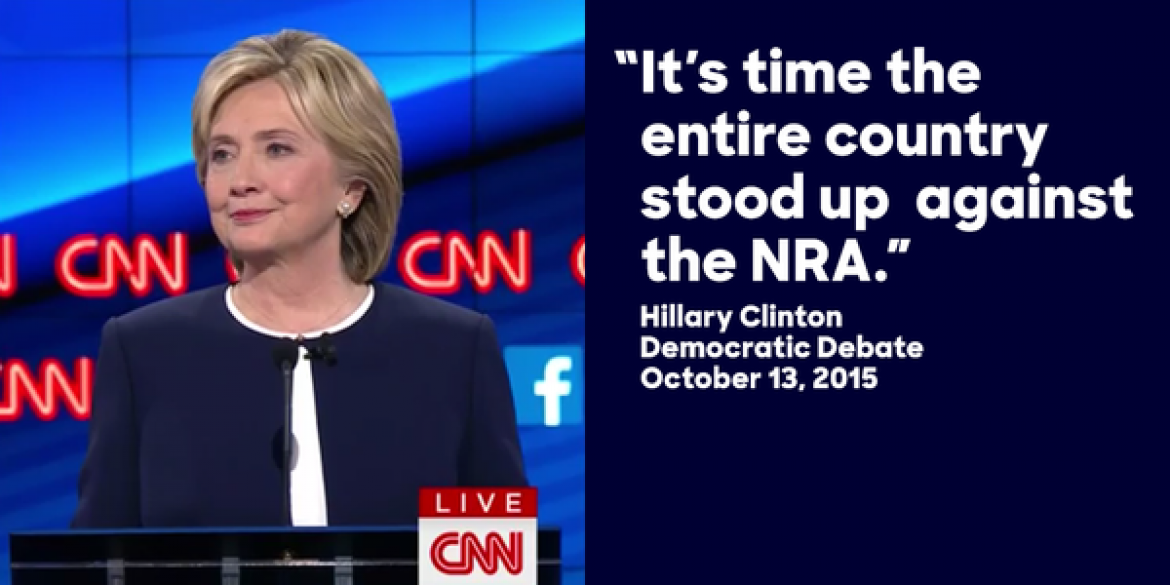 If Clinton wins, America, kiss your right to self-defense good-bye

In terms of individual rights, there has probably never been so much at stake in a presidential election. If Hillary Clinton wins, Americans will soon lose the right of self-defense in their own homes.

The 2008 Heller decision struck down Washington, D.C.’s complete ban on handguns.  Before the decision, people in the District could own a rifle or a shotgun, it was a felony to load the gun. This amounted to a complete ban on guns, and the Supreme Court said that Washington went too far.

But then, on Wednesday night, Clinton suggested that Wallace had misunderstood her statement.

She explained: “I support the Second Amendment . . .  I disagreed with the way the court applied the Second Amendment in that case because what the District of Columbia was trying to do was to protect toddlers from guns. And so they wanted people with guns to safely store them.”

But the Supreme Court did nothing at all to stop safe-storage laws. And the Justices that Clinton promises to appoint to the High Court will, in all likelihood, again make it possible for the government to ban guns.

As to the storage laws, the Heller decision couldn’t have been clearer: “Nor, correspondingly, does our analysis suggest the invalidity of laws regulating the storage of firearms to prevent accidents.”  If the ruling contributed to the problem that Clinton describes, one would think that there would have been a lot of accidental gun deaths involving toddlers.  But there doesn’t appear to have been a single accidental gun death of any kind in the District, let alone for toddlers, during the eight years since the Heller decision was announced.

The only gun laws that the Supreme Court has struck down have been complete bans on guns. Let me repeat this: If Clinton’s judicial appointments vote to overturn Heller, governments will again be able to ban guns.

And this is a real possibility. Heller can be overturned with just one more appointment to the court.

The Supreme Court is currently tied 4-4 on the meaning of the Second Amendment.

Right now, all four liberal justices have made it clear that they believe in the government’s right to completely ban guns.

In 2010, Justice Stephen Breyer wrote: “I can find nothing in the Second Amendment’s text, history, or underlying rationale that could warrant characterizing it as ‘fundamental’ insofar as it seeks to protect the keeping and bearing of arms for private self-defense purposes.”

This decision will ensure that many Americans will face gun bans. With the change in the Supreme Court, the District of Columbia and some cities will quickly move to ban guns.

California has already banned over 12,000 models of handguns since 2001, with only a dozen that can still be sold in the state and even those likely banned within a few years.

If Clinton becomes president, all handguns in California will likely soon be banned.

Of course, such a law wouldn’t have prevented a single one of the mass public shootings that have occurred in the United States. And the ban would do nothing to stop terrorism. About 40 percent of the people on the “No Fly” watch list are considered to be under “reasonable suspicion” even though they have absolutely “no affiliation with known terrorist groups.”

As of 2014, about 50,000 people were on the No Fly list. This is a ten-fold increase since Barack Obama became president. Between February 2004 and December 2014, over 2,000 people on the list purchased guns. Yet, not one of these people has been identified as using a gun in a crime.

Clinton and other Democrats don’t believe that the Department of Justice should have to make its case to a judge. They don’t believe in requiring reasonable evidence that the person is a danger.

Republicans, such as Trump, believe that some evidence has to be provided.

That Hillary Clinton won’t honestly tell American’s what she intends to do if she becomes president, shows that she is concerned that many Americans dosupport gun ownership.  But regardless of whether or not she openly acknowledges her plans, the threat that she poses is still very real.

via John R. Lott, Jr.  a columnist for FoxNews.com.