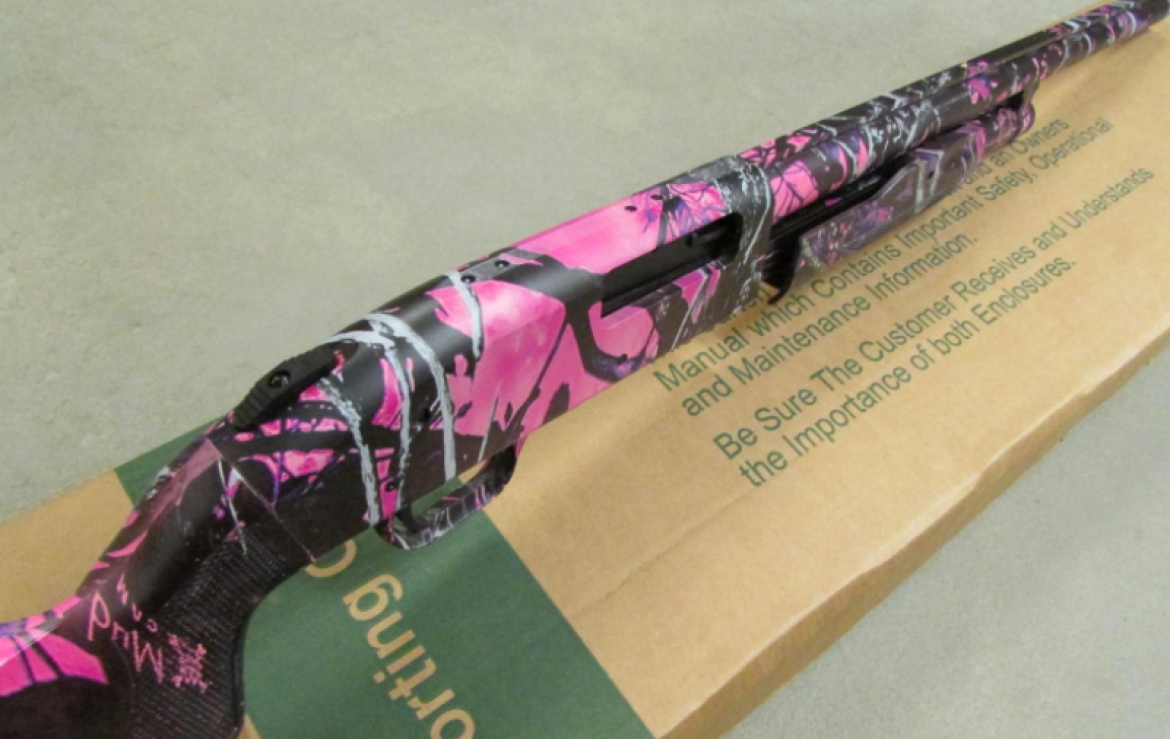 Legendary shotgun and rifle manufacturer Mossberg announced an expansion in their youth pump-action shotgun series with the addition of a new chambering in the 510 Mini Muddy Girl.

The newer version will be chambered in 410 bore with 2 1/2 and 3-inch shell capability, giving young shooters an alternative to the already available 20 gauge.

Featuring an overall length of 35-inches, the Mini Muddy Girl’s 18.5-inch vent rib barrel is equipped with a fixed modified choke and twin bead sights. Weighing a mere 5 pounds, the Mini is made to for easier handling in the field.

Designed specifically for smaller shooters, the Mini features a reduced grip size and shorter length-of-pull; however, the Mini can grow alongside kids with the stock spacer which can increase length-of-pull by one inch.

A top-mounted safety works for either left or right-handed shooters while front and rear sling swivel studs round out the package.

The Mini is available in a blend of pink, white and black otherwise known as Muddy Girl camo.