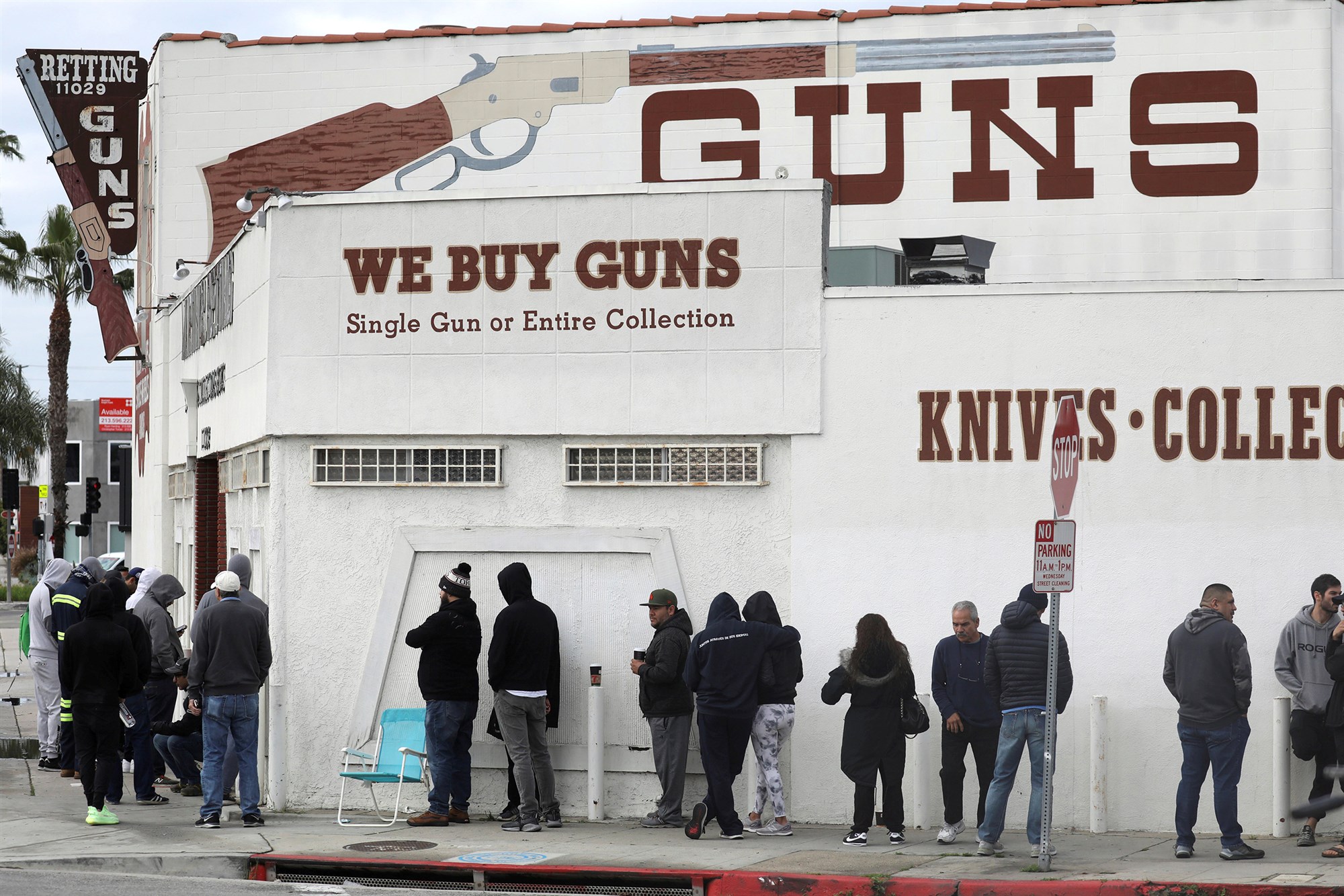 Firearms sales and federal background checks for purchases soared to all-time highs in March as the coronavirus pandemic brought buyers out in record numbers, even though gun dealers were included in orders shutting down businesses in some states.

The FBI conducted 3.7 million background checks last month, according to its latest figures, the highest total since the national instant check system for buyers was launched in 1998 and 1.1 million higher than the number conducted in March 2019.

The period of March 17-21 was an especially busy period for the background check system. More than 210,000 checks were conducted on March 21 alone, the record for a single day.

The March figure also topped the previous high of 3.3 million set in December 2015, after the Obama administration raised the prospect of restricting assault weapons after the deadly mass shooting in San Bernardino, California.

Small Arms Analytics and Forecasting, a consulting firm that tracks the firearms market, said the March queries to the background check system translated to nearly 2.6 million guns sold. The share of handgun sales was also the highest ever, with nearly twice as many sold as rifles and shotguns.

“We have seen an absolutely enormous spurt in handgun sales,” said Jurgen Brauer, chief economist for the firm. “You have state-by-state variations, but for the nation as a whole, an absolutely unprecedented boost in handgun acquisition.”

Andrew Arulanandam, a spokesman for the National Rifle Association, said the pandemic has many Americans concerned that they cannot depend on police for protection.

“People are worried with law enforcement stretched to the maximum, now responding to only selected calls,” he said. “They realize that when bad things happen, it’s going to be up to them to be able to defend themselves and their families.”

An industry official, who asked not to be identified by name, said gun dealers report that many of the sales in March were made to first-time buyers. A dealer in New York, who saw the surge developing before a statewide order to shut down, said she was getting many more women customers than usual.

Some cities and states sought to include firearms dealers in ordering local businesses to close during the pandemic. But in response to lobbying by gun rights groups, the Department of Homeland Security added firearms-related employees to the essential workforce list, which is advisory only.

Some states have nevertheless chosen to close gun stores, including New York, Massachusetts, and New Mexico, though some dealers were continuing to sell online. In Washington state, Gov. Jay Inslee left gun dealers off the list of essential businesses, but some dealers stayed open anyway. Closure orders elsewhere prompted a string of lawsuits, which argued that shutting them down violated the Second Amendment.

Gun control groups have supported the closure orders. “There is no constitutional right to immediately buy or sell guns. And there certainly is not right to spread coronavirus while buying or selling guns,” said Kris Brown of the Brady Campaign.