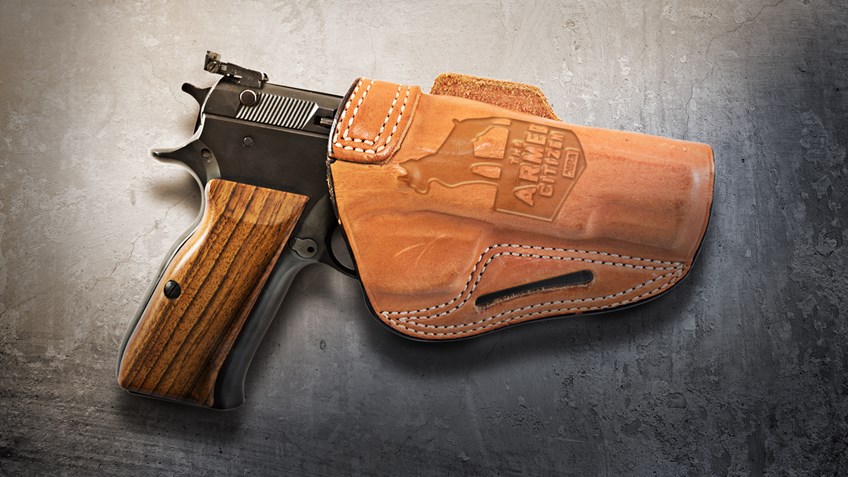 Carrying a gun in a vehicle without a permit is usually illegal in most states.

But not in Arizona, where a citizen on Thursday used a gun he retrieved from his car to kill an assailant who’d shot a state trooper.

In a story that’s making headlines nationwide, the courageous driver is being praised for saving the life of an ambushed officer.

“I urge Arizonans to join me in praying for a quick recovery for this brave officer and thanking everyone who, through their actions in real time, showed our officers exactly what Arizona means when we say: ‘You have our backs — and we will always have yours,'” Arizona Governor Doug Ducey said in a written statement.

The incident also provides fresh ammo for the “good guy with a gun” argument against stricter firearm laws.

In the predawn hours on Thursday, Trooper Edward Andersson responded to a rollover crash near milepost 91 on Interstate 10 outside Tonopah, about 50 miles west of Phoenix. He was ambushed by a man who shot him in the chest and shoulder, then tackled him.

Two motorists came upon the scene and stopped when they saw the assailant pounding the trooper’s head on the pavement. One was Brian Schober, an engineer who worked as an EMT in Alaska 25 years ago. The other motorist, whom officials have not named, retrieved a firearm from his car and shot the suspect. Both the suspect and a woman who was involved in the rollover collision died at the scene. Andersson is expected to recover.

The actions taken were absolutely required to keep the officer alive,” Schober told New Times in the comment section of this article. “The Good Samaritan first asked the officer if he needed help. After confirmation, he ordered the attacker to get off of the officer. When that failed, the Good Samaritan fired and ended the threat to the officer’s life. The ability to administer first aid and to call for help ensured the officer would make it through. This was a textbook case for citizens not only to arm themselves, but to become (and remain) proficient with them and the laws surrounding their use. Though he was already protected by AZ law in defense of the officer, it became a lawful order when the officer acknowledged he needed help.”

Gun-toting Arizonans have long cherished the right to carry a loaded firearm on the road. Former Governor Jan Brewer signed a generous concealed-carry law into effect in 2012, allowing all adults 21 and older with clean records to carry a loaded, concealed weapon under most circumstances. (On school grounds, the gun must not be loaded.) But carrying a loaded gun in a vehicle’s glove box without a permit was legal even before that — as long as it was in a holster.

Arizona law also grants the metaphorical license to kill — and not merely in self-defense. The so-called Wild West laws permit the use of deadly force to prevent the commission of crimes including murder, aggravated assault, rape or child molestation, and arson of an occupied structure.

Scottsdale resident Alan Korwin, who has written more than a dozen books about guns and gun laws, notes that the state’s “necessity defense” also protects Arizonans who commit an act that would otherwise be illegal but is reasonable under the circumstances. The law’s application in shootings is unclear, Korwin tells New Times, but “a person would surely raise it if it seemed to matter.”

A 2014 FBI review of 160 mass-shooting incidents uncovered only five incidents in which armed citizens stopped the attacker.

But that’s mass shootings. According to widely quoted studies — albeit ones that are 20 years old — defensive displays (and occasional use) of firearms by “good guys” (and women) occur thousands of times a day across the United States. Critics who debunk that research admit it probably happens hundreds of times a day.

Pro-gun-rights websites regularly comb through news reports and repost such stories. Thursday’s incident was good for three mentions on the NRA’s Institute for Legislative Action site — and it’s likely destined to be discussed and debated for many years to come.