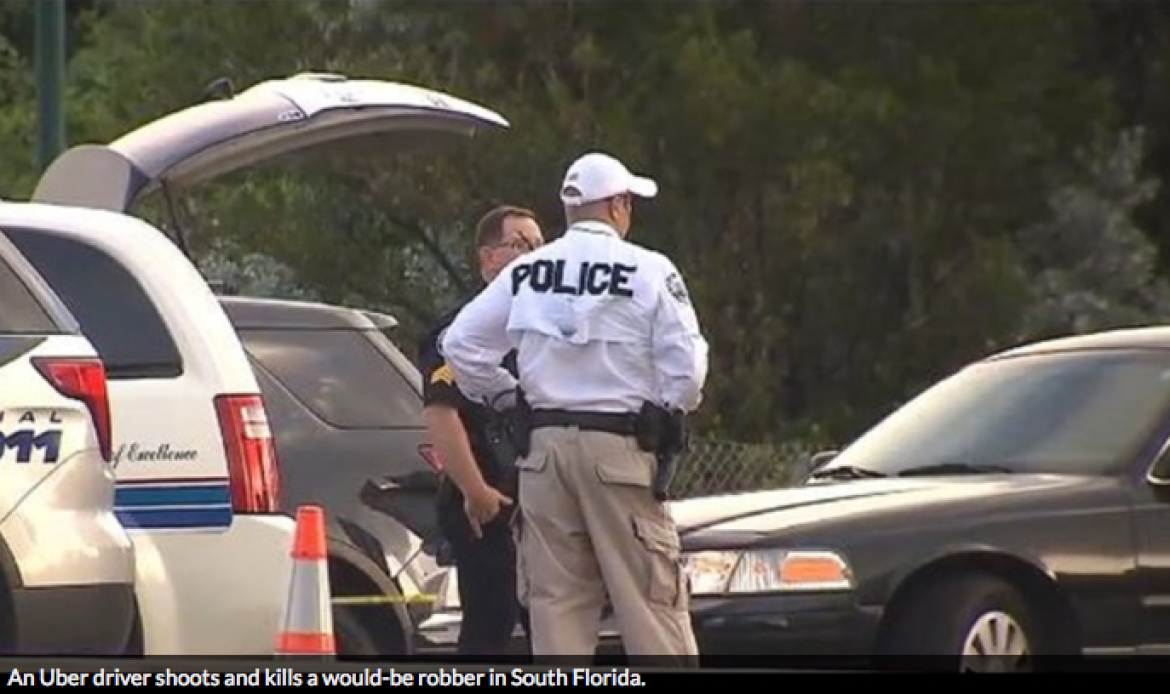 The shooting was reported in the middle of the William Lehman Causeway in Aventura.

“At approximately 5:50 a.m. (Sunday), there was a gentleman operating an Uber and picked up a fare here in Aventura at one of the local condos,” Aventura police Sgt. Chris Goranitis said.

The Uber driver was then cut off by a gray Dodge Caravan in the 3300 block of Northeast 191st Street. The driver and passenger were en route to Fort Lauderdale-Hollywood International Airport.

A man jumped out of the driver’s side of the newer model minivan and approached the Uber driver, while holding two guns, Goranitis said.

“The driver of the caravan exited the vehicle and he had two firearms in his hands and he pointed them at the Uber driver and demanded items from the driver,” Goranitis said. “This was an attempted robbery. We don’t believe it was road rage.”

The Uber driver, who was also armed, fired a few rounds at the would-be robber, police said. The shots struck and killed the man.

“The Uber driver was permitted for his weapon,” Goranitis said.

Police said the driver of the Uber fired in self-defense while he was protecting himself and his passenger, who was on the way to the airport.

The would-be robber was pronounced dead at the scene of the shooting by Miami-Dade Fire Rescue.

Police said the passenger in the Uber car was OK.

“It is very disturbing. You have to be very careful,” Margo Stasahower, a witness, said.

When investigators arrived, they discovered two guns near the body of the armed robber, but the vehicle he was riding in was nowhere to be found. Police believe another person in that vehicle took off after the shooting.

By Sunday night, police had located the van and a person of interest, who they believed was the man driving the minivan. He was being questioned and could be charged with murder.

WPLG-TV reached out to Uber, but the company had no comment.

The company’s firearms policy states, however,  “Our goal is to ensure that everyone has a safe and reliable ride. That’s why Uber prohibits riders and drivers from carrying firearms of any kind in a vehicle while using our app.”